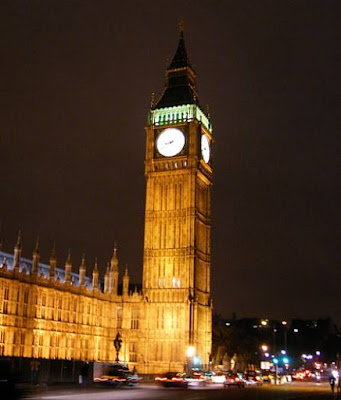 Well, it’s happened. As of about a month ago, I stopped working full time. I’m not going to go into the details of how right this second but I will say that I’m happy about it. I wanted to do a celebratory post about it on the blog, but decided that it would be more prudent of me to hold off on it as my mother reads my blog and I wasn’t ready to tell her just yet.
Things have very much changed already. I’m actually sitting here in London, writing this post. I decided to travel a bit, especially when I found out that my mom, Kathy, and my sister would be traveling to London for a week. I decided to spend the week with them and then go on to Belgium and Germany to visit friends for about a half week longer after they leave. When I get back, I have about a week and a half in NYC after which I’ll be driving down to Miami and staying there for an undetermined period of time. At a minimum, I’ll be down there for Winter Party and Winter Music Conference, with a visit home in between. That takes care of most of the month of March. Plans for the month of April aren’t completely locked down yet. I may be spending the month around the Mediterranean somewhere with Jon and def end up back in London for a weekend to celebrate one of my friend’s birthday. Quite an exciting next couple of months!
One question you may be asking how I am financing all this, while also paying my rather high rent in NYC and my bills. The answer is a whole bunch of things. I like to break them down by how quickly they’ll give me a money return. On the immediate/short term side, I collect money from my company DS410 by continuing to service the clients that I’ve had. I also continue to try to cultivate new ones, not because I enjoy the IT work but mostly because it provides steady recurring monthly income. I will be working on a helpful blog targeted at helping small businesses with their IT, which can be found at http://www.computernetworkingnewyork.com. Additionally, I also do web and mobile (IPhone, Android, Blackberry) application development. These aren’t as steady but still pay pretty well. In the mid-term side, I work on projects that will not only make money now but also have the potential of making money in the future. I won’t go into details about these projects now but one involves mobile contact management for clubs , another involves building a new form of lead generation service for plastic surgeons, and a third involves a “build your dream” community site that does interviews of people in the entertainment industry focusing on how they made it to where they are. On the long term side, I have my newer company “Goal Diggr”, which still has a lot of work left to do on it. As I work on the different things, I attempt to write a bit about them here.
So far, the experience of being free is very nice. I haven’t been as worried as I thought I would about money (though that may change while I’m here in London considering the horrible exchange rate). Anyway, got to go out to see the sites.
Written by Dan at 8:17 AM

Do You has good blog . thanks so much by you blog. May i help you?
MORE ARTICLES